"It's not the mountain that we conquer, but ourselves." 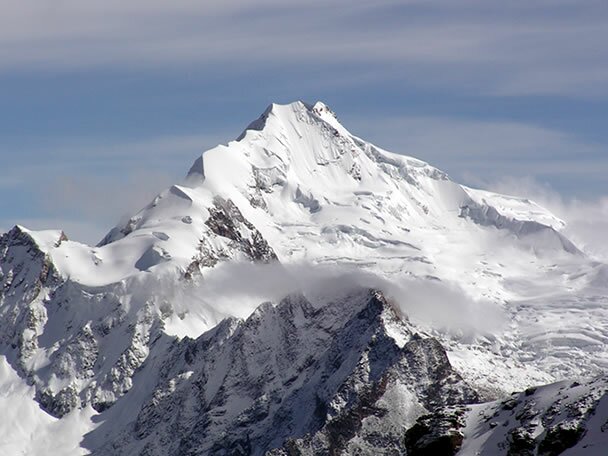 Although describing Huayna Potosi as “the easiest ‘6000er’ in the world” ignores its high-altitude challenge, there can be few mountains of this size that are more easily accessible: a jeep trip takes less than 2 hours to reach the base of the mountain from central La Paz. See from the Altiplano, the mountain is an imposing ice pyramid. The view changes from Zongo Pass, where it is possible to see the whole East Face, and the mountain becomes far more elongated and complicated.

DAY 1
09:00 Depart from the office to the warehouse to collect mountain climbing equipment between 10:00 to 10:30 a.m. Exit the storehouse to Huayna Potosi. Lunch at the Lodge in the afternoon, then leave for the glacier where climbing practice takes place for 3 to 4 hours, after return to the shelter which offers a dinner and accommodation.
DAY 2
9:00 Breakfast, morning break.
12:00 . Lunch and leave for the base camp of Huayna Potosi. The first part is a walk over rock and the second part is a mixture of rock and snow depending on time, up to the High Camp where is the second shelter to 5.300 m.s.n.m. and it takes 3 to 4 hours to get there. Dinner and overnight stay.
DAY 3
01:00 It begins the ascent to the summit which is approximately six to seven hours of walking and climbing (6,088 m.s.n.m.) After visiting the summit back to the shelter II, and then shelter I. Lunch and return to La Paz in our private transport. 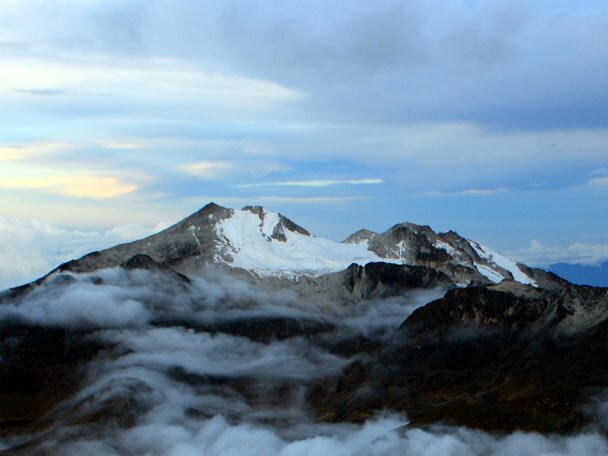 This mountain is situated 3 Kms. Away and towards the south-eastern direction of the Huayna Potosí Lodge. On route to the glacier there are a number interesting and beautiful lagoons.
The downward slope is not particularly difficult. Moreover, it’s possible to practice cross skiing. There are many ice caves where the glacier begins.

It’s a useful place to acclimatize and to practice some basic climbing techniques, especially for inexperienced climbers.

06:00 Depart from the office to storehouse to prove the equipment and heading to the base camp of RefugeHuaynaPotosi.
07:30 Refugio Huayna Potosi I, walk until Charquini, for practice climbing of 3 to 4 hours. Then we  return to the Refuge, refreshment and return to La Paz. 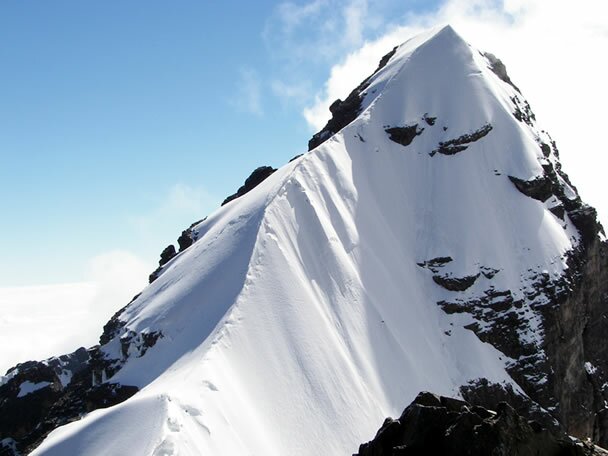 This peak is impressive, beautiful, and justifiably popular. From base camp, you can see only the top part of the summit, but the view of the mountain from Tarija is awesome. The pyramid of snow and rock looks much harder to climb than it is. The  descent presents more problems than the ascent—either from crampons balling-up or from having to downclimb short ice sections. 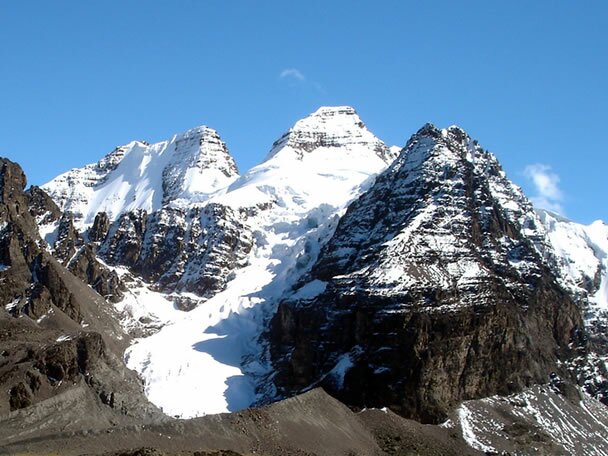 Each peak is accessible within 1 day’s journey from base camp, which is idyllically situated on the shores of Laguna Chiar  Khota (“Black lake”) with views of the striking Cabeza de Condor and its two wings. Hans Ertl desceibed his camp at Condoriri in 1953 as “truly fairylike”, Easy access from La Paz, pure snow face and ridge routes plus missed routes, ranging from easy to extreme, make Condoriri a delightful climbing playground.

DAY 1
09:00 Departure by transport from La Paz to Tuni Condoriri. Walk to the base camp Condoriri approximately 2 to 3 hours with pack animals and guide. Camping.
DAY 2
Small Climbing Alpamayo base camp and return to Camping.
Day 3
Climbing to the Head of the Condor and return to base camp. Camping. (Optional with the peak Illusion).
DAY 4
Return to Tuni, about 2 hours walking and return to the city of La Paz. 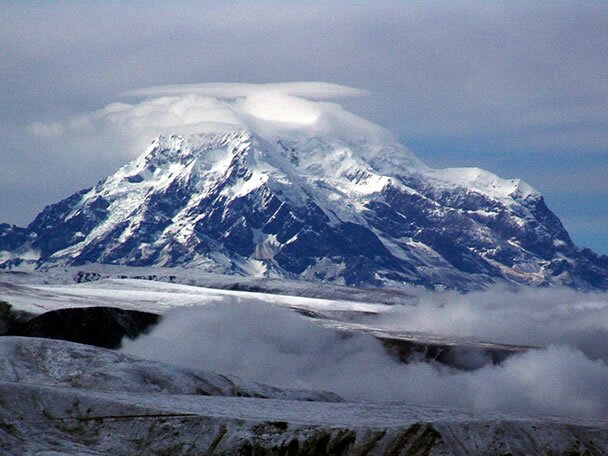 Illimani is the highest and southernmost peak in the Cordillera Real and dominates views from the capital city of La Paz. Hans Ertl, writing in Mountain World (1953), described Illimani as “one of the most beautiful and impressive groups of peaks in South America”. It is not so much a mountain as a massif—the glaciations measures 8 Km/5 m from one end to the other. From La Paz, the mountain appears to have three summits: the highest, Pico Sur, is to the right, but two other major summits are hidden from view, as well as a number of others. The west side is heavily glaciated, while the rarely climbed south and east sides’ present imposing ice gullies. 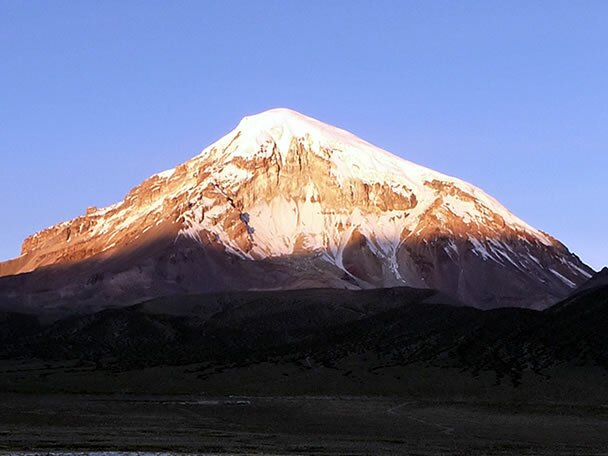 Bolivia’s highest mountain is 25 Km/16 miles from the border with Chile. The normal routes are long and easy, but there are plenty of opportunities for new hard routes, especially early in the season, following ice lines on the rocky west face. It is essential to be acclimatized before attempting Sajama. 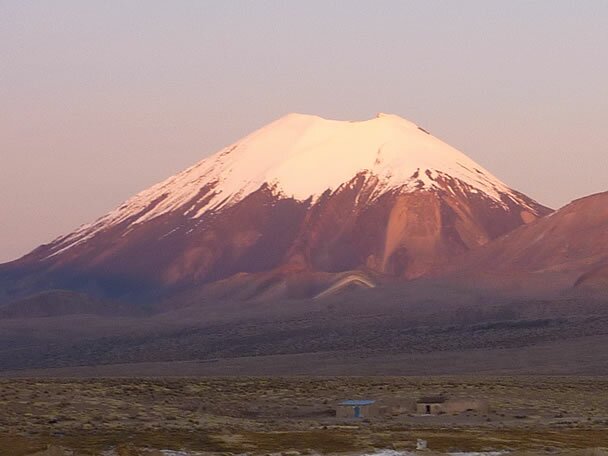 The  leftmost, cone-shaped, higher of The Twins. The slog up to the snow line is hard effort. The mountain is classically cone-shaped, all routes are pretty much the samen on Parinacota plod up until you reach the crter rim an find yourself standing on the edge of a 100 m/330 ft+drop.

Parinacota has volcanic slopes with aesthetics of perfect and smooth summit lines ascending toward the cone. Located on the border with Chile, it presents no major climbing difficulty, it is relatively easy with a height of 6330 m.s.n.m. 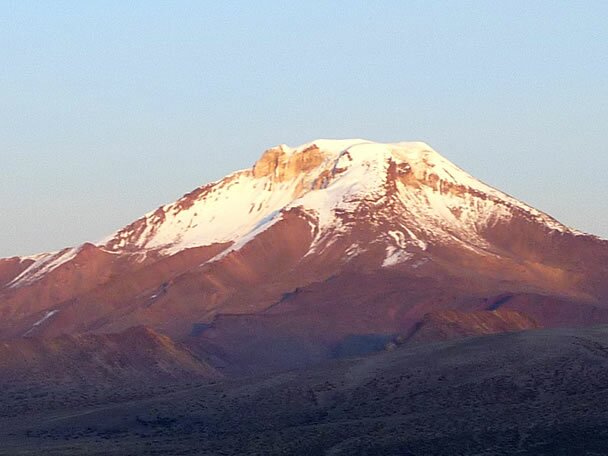 Pomerata does not have such a classic shape as its neighbor, but it offers more challenging climbing. The routes are long, and if you are attempting some of the more technical lines, an early start is advisable. A compass is necessary to sort out your bearings for the descent. 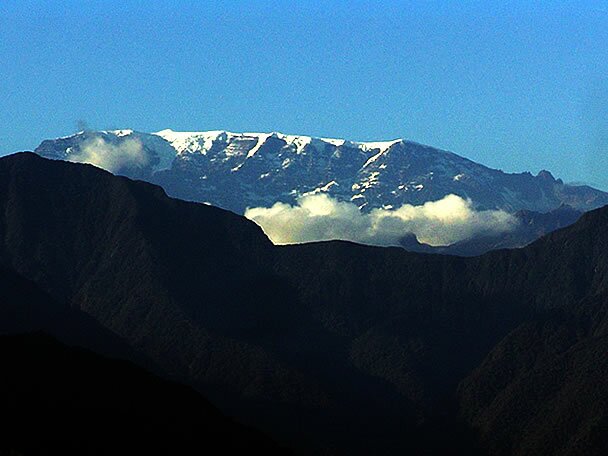 Mururata mountain is located to the left of Illimani. It presents no sharp peak, its summit is a great plain rather ideal for the mountain skyi.

DAY 1
09:00 Departure from La Paz to Choquecota in private transport. Walk from 5 to 6 hours to base camp with pack animals. Camping.
DAY 2
12:00 Breakfast.
01:00 Climbing to the summit, approximately 8 hours.
DAY 3
Return to base camp and return to La Paz. 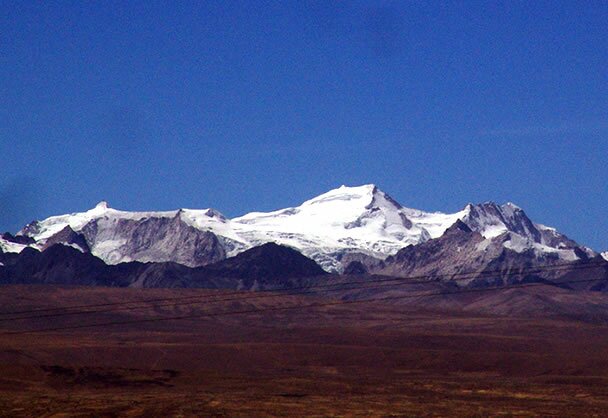 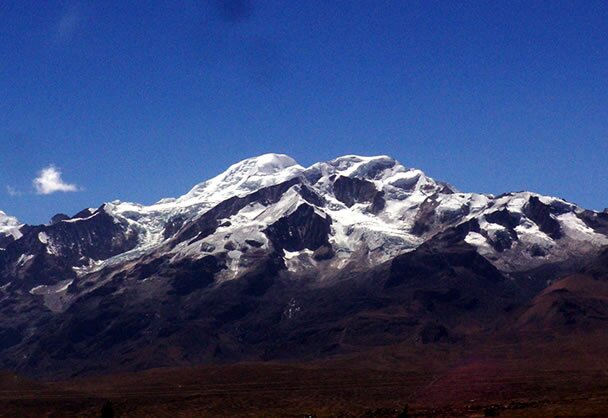 Big high camp, and complicated, Illampu boasts the hardest normal route of any of the 6,000 m/ 20,000 ft peaks in Bolivia. This makes any climb on the mountain serious—there is no easy way off—and the hardest routes yet climbed in Bolivia have been done on the mountain.